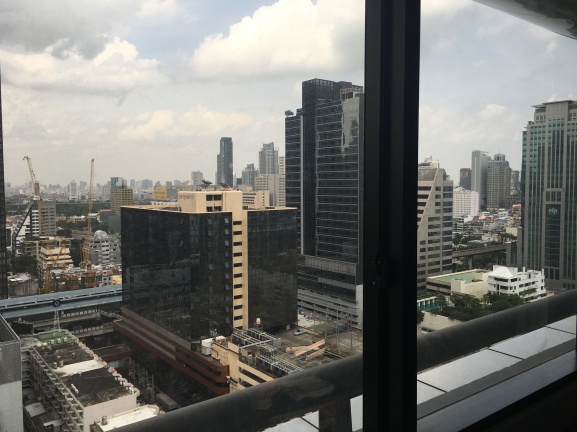 As a Black teacher in a remote Thai village, Bangkok was everything to me.

My respite, my escape, my self-care. Lol!

The city became my go-to getaway when I needed an escape from the slowness of rural life in the Elephant Village. Nine hours by bus (or 1.5 by plane, if I was feeling lavish) could place me in a real life “choose your own adventure” story.

Looking at my photos, I’m reminded that temples are also a thing in Bangkok lol. But I was rarely there for that! For those who live in Thailand, Bangkok becomes much more about the city life.

Bangkok was an escape into anonymity when I’d had too much of being The American in my village, under constant [loving] watch. That was tough for an introvert! I was uninteresting in the big city, and I needed that sometimes. 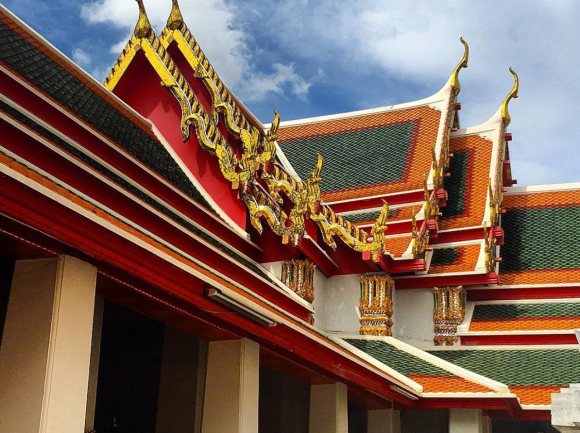 I say it all the time: everyone should go to Bangkok at least once. If you have only $500 for a vacation, go here. The dollar goes unbelievably far in Thailand (when I was there it was 34:1) so Bangkok can literally give you your heart’s desires on a platter–whatever that means for you.

For me, back then, it usually just meant a night or 2 at a 5 star hotel (for like $75!) and lots and lots of comforting, familiar food lol. But $2-3 dinners are easily found, and good too. This is an amazing budget travel option.

Bangkok also served as the meeting place for all the teachers from my TESOL program who were placed throughout the country. We had many reunions on Khao San Road, which is almost like the Bourbon Street of Bangkok.

Khao San Road caters specifically to tourists without a doubt, which I usually avoid. But it was always a much-needed escape into recognizable music, Western fashion (I could show my shoulders there!!), and fun with the friends I made in teacher training. It gets pretty wild, so I’d recommend it to anyone at least once for some unforgettable nights.

No, I did not ever see a ping-pong show #onprinciple.

I’d describe Bangkok as Thailand’s own City That Never Sleeps, and I in no way do it justice here! I look forward to returning and doing a proper recap on it, just to be able to relive the experience again and again. Even one night in Bangkok (layover anyone?) has endless possibilities.

Bangkok, in a word, is awesome.